Home 2015 February 10 The Chamber of Commerce and Industry of Saint-Laurent – Mount Royal supports the project of a shopping mall at the intersection of Highways 15 and 40
Sylvie Seguin, 10 February 201516 May 2017, Press Releases, 0 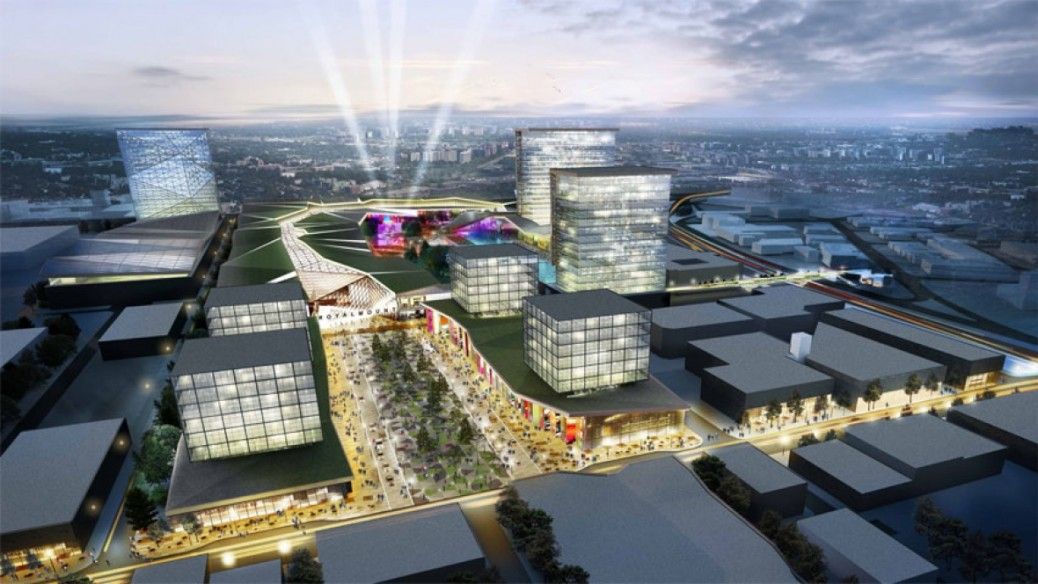 The Chamber of Commerce and Industry of Saint-Laurent-Mount Royal has expressed its support to the Mayor of Town of Mount Royal, Philippe Roy, who supports the project of a mixed developmentto be built by Immobilier Carbonleo Real Estate Inc. at the intersection of Highways 15 and 40.

The revitalization efforts of the industrial area of Town of Mount Royal, which began nearly 10 years ago, has yielded impressive results.  In 2004, with a vacancy rate of nearly 25% in its industrial zone, the city began a revitalization strategy focused on the decor sector under the brand Quartier Design Royalmount.  Today, more than eighty companies, stores, distributors, artisans etc. in the decor business are at the heart of an active economic zone  of over 400 companies and counts among its corporate citizens several corporate offices, as well as leaders in Quebec’s retail trade.  Carbonleo’s announcement  will complete this offer with a mixed development of offices, shops, movie theaters and hotels, as well as a conference and convention center. This investment will strengthen the regional supply and will welcome a new generation of stores and other businesses wishing to enjoy an environment for renewal.

The President of the Chamber of Commerce and Industry of Saint-Laurent–Mount Royal, Mr. William Habib, is convinced of the benefits of such a project on the economy of the territory. “This project will certainly lead positive effects on trade and the economy, not only for the Town of Mount Royal and Saint-Laurent, but also for the City of Montreal at large.  In addition, the project of the extension of Cavendish Boulevard should reassure the most skeptical regarding the traffic problems”. Like Mayor Philippe Roy, Habib believes that this initiative will help revitalize an aging industrial area of TMR.

Created in 1981, the mission of the Chamber of Commerce and Industry of Saint-Laurent  – Mount Royal (CCSLMR) has been to bring together and inform, as well as to defend, the interests of its members. The Chamber is the platform of choice for business people to meet, as well as a recognized spokesperson in the area of economic development.